Professor Donald Singer is President of the FPM. He is a Clinical Pharmacologist interested in new approaches to personalising medicine and in public understanding of health and drugs. He is a member of the panel of experts of the European Medicines Agency. A member since 2013 of the Healthcare Professionals’ Working Party of the European Medicines Agency, he is involved in current EMA projects on minimizing risk from medicines. International consultancy includes advice on clinical pharmacology and safety systems for medicines as a Yale School of Medicine Faculty member within the 7 year Human Resources for Health US-AID and CDC supported programme in Rwanda. Singer is President of the UK Fellowship of Postgraduate Medicine, which publishes the Postgraduate Medical Journal (founded 1925) and Health Policy and Technology (founded 2012). He is a member Executive Committee of the European Association of Clinical Pharmacology and Therapeutics which supports scientific and educational exchange for over 4000 clinical pharmacologists from 34 countries. He was previously a member of the Council of the British Pharmacological Society and Panel Member of the NIHR Health Technology Assessment Programme.

Professor Bernard Cheung is Editor-in-Chief of the FPM journal the Postgraduate Medical Journal. He is the Sun Chieh Yeh Heart Foundation Professor Cardiovascular Therapeutics and heads the Division of Clinical Pharmacology and Therapeutics in the Department of Medicine of the University of Hong Kong. Professor Cheung is an Honorary Consultant Physician of Queen Mary Hospital and the Medical Director of the Phase 1 Clinical Trials Centre. He is also the Director of the Institute of Cardiovascular Science and Medicine, and the President of the Hong Kong Pharmacology Society. Professor Cheung read Medicine at Magdalene College, Cambridge. He was a British Heart Foundation Junior Research Fellow at Cambridge before taking up lectureships at the University of Sheffield and the University of Hong Kong. In 2007-2009, he held the chair in Clinical Pharmacology and Therapeutics at the University of Birmingham, England.

Henry Spilberg is Associate Publisher at BMJ for the Postgraduate Medical Journal. He has worked in STM (scientific, technical & medical) publishing for over 20 years as an editor and publisher across a wide range of resources including books, journals and educational materials. After an extensive spell with Elsevier’s health science journals division, Henry was senior editor for the surgery books programme at CRC Press (Taylor & Francis). In 2015 he joined BMJ, where he manages a list of high-impact journals across a range of specialties, including ophthalmology, gastroenterology and respiratory medicine. Henry has a particular interest in publication ethics and enjoys launching and developing new journals, working closely with academic editors and society partners.

Ken Redekop PhD is Editor-in-Chief for the FPM journal Health Policy and Technology. He is an associate professor at the Institute for Medical Technology Assessment, Erasmus Universiteit Rotterdam, The Netherlands. He is a clinical epidemiologist with more than 20 years of experience in observational research, clinical trial analysis, and medical technology assessment and an author of over 100 papers in the medical literature. Current studies include early-stage cost-effectiveness analyses of medical devices and tests, RCT-based economic evaluations, economic evaluations in the Diagnostics Assessment programme of the National Institute for Health and Clinical Excellence (NICE, UK) and outcomes research studies to determine the effectiveness and cost-effectiveness of expensive medicines in daily practice. Most studies relate to diabetes, cardiovascular disease, and cancer, and most involve modelling and evidence synthesis.

José Mena is Executive Publisher at Elsevier for the FPM journal Health Policy and Technology, with 15 years of experience working in Elsevier. José has been managing the Spanish and Latin American portfolio with more than 100 journals and he is the Publisher of Health Policy and Technology. He has a Master’s Degree in Publishing (Pompeu Fabra University, Barcelona, Spain) and a Bachelor’s degree in Linguistics (Autonomous University of Barcelona, Barcelona, Spain).

Peter Barnes FRS, FPM Council Member, has been Margaret Turner-Warwick Professor of Medicine at the National Heart and Lung Institute and Honorary Consultant Physician at Royal Brompton Hospital, London since 1987. His research is focused on cellular and molecular mechanisms of asthma and COPD, understanding and developing therapies and research into biomarkers for these diseases. He is involved in multidisciplinary translational research which integrates basic science with clinical studies, thereby providing novel insights into common airway diseases. He qualified at Cambridge and Oxford Universities (first class honours). He has published over 1000 peer-review papers on asthma, COPD and related topics and has edited over 40 books (h-index = 153). He is also amongst the top 50 most highly cited researchers in the world and has been the most highly cited clinical scientist in the UK and the most highly cited respiratory researcher in the world over the last 20 years. He was elected a Fellow of the Royal Society in 2007, the first respiratory researcher for over 150 years. He has been a member of the Scientific Committee of global guidelines on asthma (GINA) and COPD (GOLD). He also serves on the Editorial Board of over 30 journals and is currently an Associate Editor of Chest, Journal of COPD Foundation, Respiratory Editor of PLoS Medicine and Editor in Chief of Up-to-Date Pulmonary Diseases. He has given several prestigious lectures, including the Amberson Lecture at the American Thoracic Society, the Sadoul Lecture at the European Respiratory Society and the Croonian Lecture at the Royal College of Physicians. He has received honorary MD degrees from the Universities of Ferrara (Italy), Athens (Greece), Tampere (Finland) and Leuven (Belgium). He is an Emeritus NIHR Senior Investigator, a Master Fellow of the American College of Chest Physicians and a member of the Academia Europaea. He was President of the European Respiratory Society 2013/14. He co-founded Imperial spin-out company RespiVert, which was acquired by Johnson & Johnson and has developed novel inhaled treatments for COPD and severe asthma.

Mr Wade Dimitri FRCS is FPM Honorary  Treasurer He is a cardiac surgeon and is a member of several Cardiac Surgical Societies including The Society for Cardiothoracic Surgery in Great Britain and Ireland, The Society of Thoracic Surgeons (USA), Scottish Cardiac Society, The Egyptian Society Of Cardiovascular and Thoracic Surgery and an Honorary Fellow of The Indian Society Of Cardiovascular and Thoracic Surgeons. Since retiring from active clinical work, he has increased his involvement with overseas training, teaching cardiac surgeons as well as operating. He went to De La Salle school in Alexandria, Egypt and graduated from Alexandria University Medical School in 1969 with an Honours degree. His entire postgraduate training was acquired in the UK. This included several rotational posts in Cardiac surgery in major London Teaching Hospitals leading to his appointment as Senior Lecturer and Honorary Consultant in Glasgow then NHS Consultant at the University Hospital in Coventry.

Professor Albert Ferro, FPM Council Member, is a Clinical Pharmacologist at King’s London. His research has focused primarily on understanding vascular endothelial and platelet function, with particular reference to the L-arginine / nitric oxide system, both in health and in patients with cardiovascular disease states. He is ex-Vice-President (2005-2007) of the British Pharmacological Society (Clinical Section) and was Chair of the London Hypertension Society between 2005 and 2009, of which he remains a committee member. He is Treasurer of the London Vascular Biology Forum (2005 onwards). 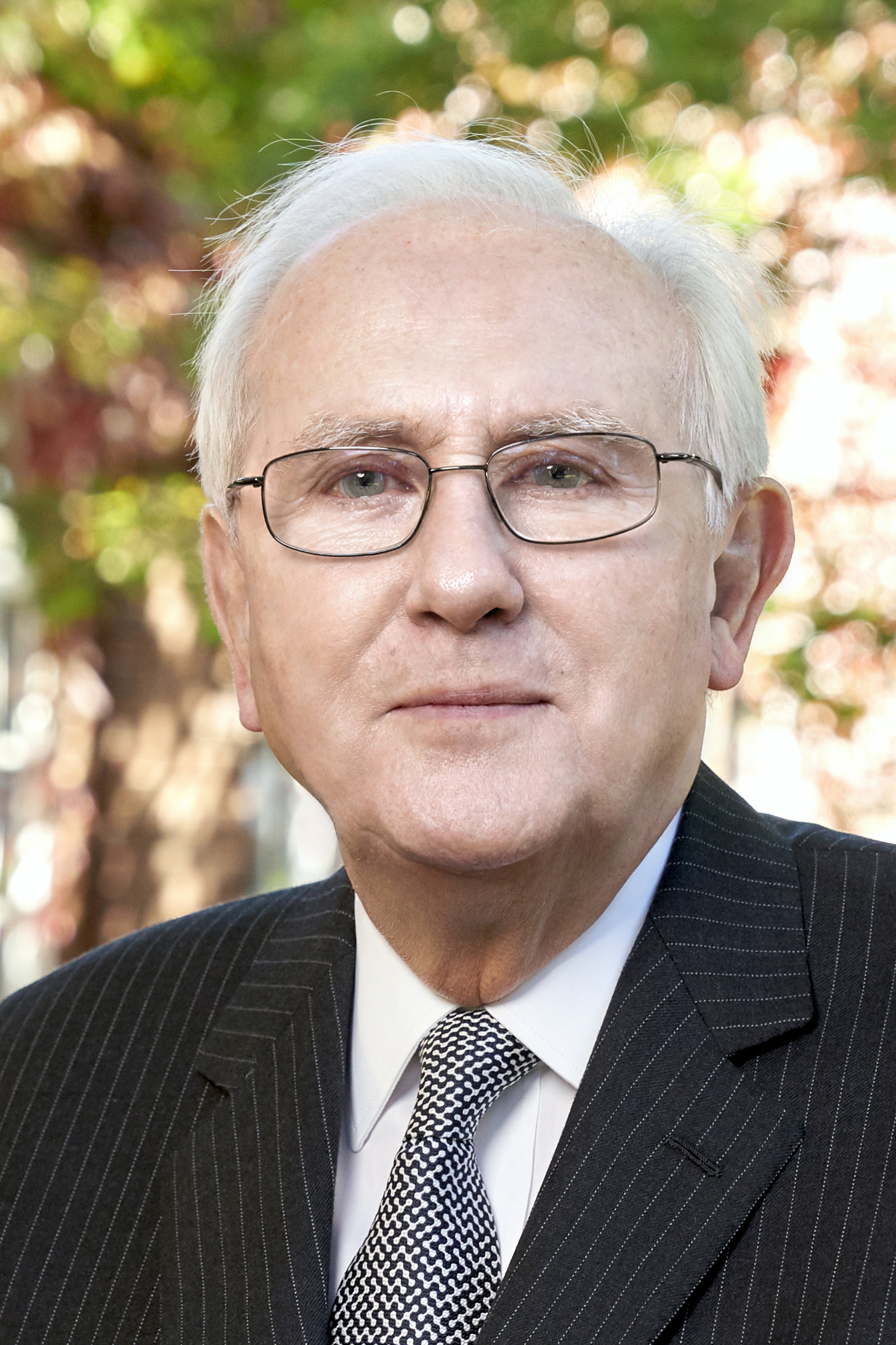 Professor Allister Vale, FPM Council Member, is a Consultant Clinical Pharmacologist and Toxicologist and former Director of the National Poisons Information Service (Birmingham Unit) and the West Midlands Poisons Unit, City Hospital, Birmingham, UK. He holds a professorial appointment in the University of Birmingham. He is co-author with Dr John Scadding of Winston Churchill’s Illnesses 1886-1965 [Frontline Books, Nov 2020]. He has served as President of the British Toxicology Society, of the European Association of Poisons Centres and Clinical Toxicologists and of the Clinical and Translational Toxicology Specialty Section of the Society of Toxicology. He has also been a Trustee of the American Academy of Clinical Toxicology for six years and was awarded the Academy’s Lifetime Achievement Award in 2009, the only non-North American to be so honoured. He is a former Medical Director of the MRCP(UK) Examination and a Censor of the Royal College of Physicians.
(picture by Edward Moss)